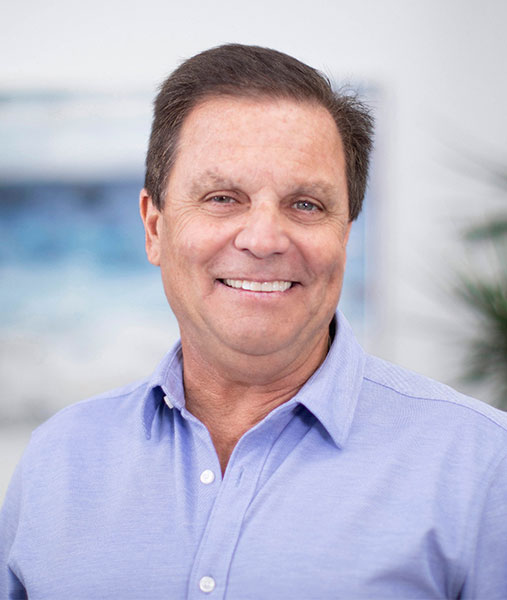 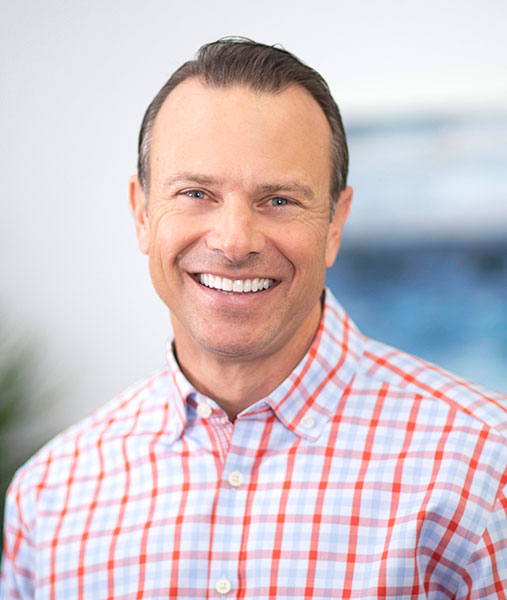 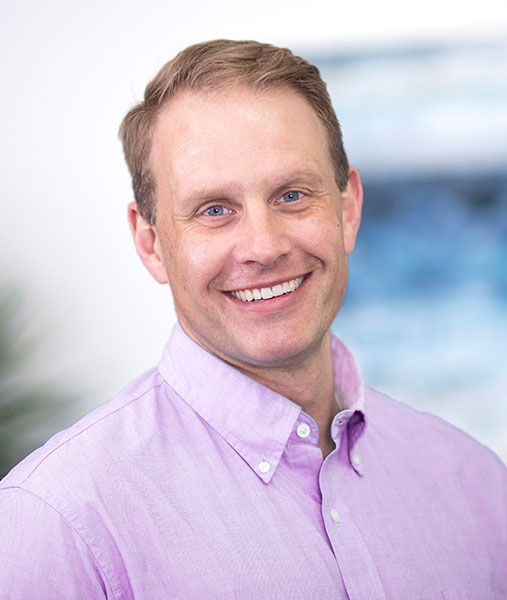 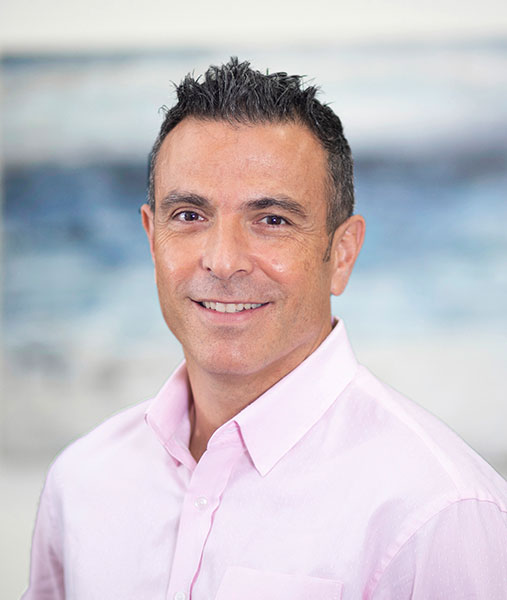 Prior to joining Spectrum, Mr. Turgeon spent 22 years at Amgen Inc. as Vice President of Sales, where he built and led the sales organization across multiple areas, including oncology, inflammation, and bone health. He was responsible for launching most of the drugs at Amgen, as well as Amgen’s dramatic growth during his tenure. Mr. Turgeon has more than 30 years of experience in the pharmaceutical industry with proven success and accountability with operations, sales and marketing, strategic positioning, and multiple product launches.

Mr. Turgeon holds a bachelor’s degree in microbiology and economics from Jacksonville University.

Thomas Riga has served as our Chief Operating Officer since December 2017, as Executive Vice President, Chief Operating Officer & Head of Business Development since May 2017 and as our Senior Vice President & Chief Commercial Officer since August 2014. From July 2013 to August 2014, he served as our Vice President, Corporate Accounts. During his tenure as Chief Operating Officer, Mr. Riga has led Spectrum’s focus from a specialty pharmaceutical company to a development-focused organization. The divestiture of seven marketed products infused non-dilutive capital back into the organization and enabled Spectrum to further advance its two cornerstone, value driving assets. As Chief Commercial Officer, he led multiple product launches in the oncology market, delivering innovative cancer care while establishing world class partnerships with key industry stakeholders. He has consistently inspired cross-functional teams to deliver superior performance to create value for Spectrum and optimized the commercial organization to advance our competitive advantage.

Kurt Gustafson has served as our Executive Vice President and Chief Financial Officer since June 2013. He brings to Spectrum more than 25 years of diverse experience in corporate finance, including 15 years in senior management roles leading the finance departments of multi-faceted, dynamic and growth-oriented biopharmaceutical industry organizations. Prior to joining Spectrum, Mr. Gustafson served as Vice President and Chief Financial Officer at Halozyme Therapeutics, Inc., a publicly traded biopharmaceutical company, where he was responsible for finance, information technology, facilities, and human resources. Before joining Halozyme in 2009, Mr. Gustafson worked at Amgen Inc. for over 18 years, most recently as Vice President, Finance, with responsibility for financial planning and cost accounting for worldwide manufacturing covering seven manufacturing sites. During his tenure at Amgen, Mr. Gustafson also served as Treasurer, Vice President, Finance and Chief Financial Officer of Amgen International based in Switzerland.

Mr. Gustafson holds a bachelor’s degree in accounting from North Park University in Chicago and a master’s degree in business administration from University of California, Los Angeles.

Mr. McGahan is a Certified Compliance and Ethics Professional (CCEP) and holds a professional certificate in health care compliance & privacy from Seton Hall University, a Six Sigma Black Belt certification from Villanova University and is certified by UCLA’s Anderson School of Business as an accredited public company director.

Francois Lebel has served as our Executive Vice President and Chief Medical Officer since November 2018. Prior to joining Spectrum, he provided strategic leadership on eight NDA/BLAs in various therapeutic areas and on several mergers and acquisitions. Dr. Lebel has broad and deep experience in oncology drug development, medical affairs, regulatory and pharmacovigilance acquired through various roles of increasing responsibilities at Chiron (Novartis), Warner-Lambert (Pfizer) and Burroughs Wellcome (GSK). From March 2013 to October 2018, Dr. Lebel served as Executive Vice President, Research and Development, and Chief Medical Officer at ZIOPHARM Oncology. He also held various leadership roles including Vice President of Research and Development at Baxter International and Global Head of Medical and Scientific Affairs at MedImmune.

Dr. Yang, who earned his M.D. at Beijing Medical University, was a fellow at Emory University's Winship Cancer Institute, University of Pennsylvania and the Wistar Institute in Philadelphia. Before transitioning to the pharmaceutical industry, he was associate professor at the University of Virginia Medical Center in Charlottesville, VA.

Michael has over 23 years of operations, commercial and finance related experience in multiple industries with 18 of these years being within the pharmaceutical industry. Since joining Spectrum in 2013, Michael has held roles with increasing levels of responsibility within the Commercial Organization. In addition, Michael was recently named 2017 Executive of the Year.

Michael holds a Bachelor of Science degree in Finance from California State University, Northridge and a Masters in Business Administration from Pepperdine University.

Dr. Reddy obtained his PhD in biochemistry from Poona University in India and post-doctoral training at Yale University. Dr. Reddy has published over 30 publications in peer reviewed journals and over 50 abstracts at international conferences. In addition, he is an inventor on 17 issued U.S. patents.

Ms. Retterson has more than 25 years of experience in the biopharmaceutical industry. She joined Spectrum in 2015, and is currently Vice President, Pharmaceuticals Operations. She is responsible for development and manufacturing of Spectrum’s products, such as the Rolontis® (eflapegrastim) and poziotinib programs, as well as insuring safety and quality, optimizing production and reducing manufacturing cost.

Over her career, Ms. Retterson has been responsible for the successful manufacture of several top biologics including: EPOGEN®, Neupogen®, Aranesp®, Neulasta®, Infergen®, Enbrel®, Cerazyme®, Fabrazyme ® and Myozyme®.

She has served as site head and general manager at Amgen, Genzyme and Charles River where she oversaw manufacturing, QA, QC, process development and supply chain. Most of her professional career was spent at Amgen, where she held a variety of positions of increasing responsibility including VP / GM of Amgen’s Rhode Island Facility and Site Head of Amgen’s multi-plant Thousand Oaks manufacturing site. During her tenure as GM at Charles River, she also had P&L responsibility for the site.

Ms. Retterson was a founding member of Amgen’s Sales and Marketing Department where she served as EPOGEN® product manager during the product’s first three years, and where she led the team that secured the first-ever Medicare reimbursement for a biologic. She also served as Controller for Amgen’s operations and capital investments groups for two years.

Ms. Retterson holds a BA in American History with Honors from Brown University and an MBA from Stanford University.

Mr. Kapoor has more than 20 years of experience in finance, investments, research, and regulatory primarily in the Biotechnology sector. Prior to joining Spectrum, he had a Wall Street career both as a Sell Side analyst at various investment banks, most recently as a Managing Director at Morgan Joseph, and as an investor, most recently as a Portfolio Manager at Citigroup. Previously, Mr. Kapoor held research, business development and regulatory roles at Johnson & Johnson, Guidant, and Alza Corporation. He also has been an early stage investor in several startups including LegalZoom, Infinera Corp, and Dilithium technologies.

Mr. Kapoor holds a B.A. in Molecular Cell Biology from University of California, Berkeley and an MBA focused in Strategy, Finance and Entrepreneurship where he studied microbiology and economics.

Mr. Shah has approximately 20 years of experience in corporate and business development, finance, and investments, primarily focused on the pharmaceutical and biotechnology sector. Previous to his current role at Spectrum, he served as Vice President of Finance and Business Development at Spectrum. Prior to joining Spectrum, he had a career at multiple financial institutions including Warburg Pincus, J.P. Morgan and Goldman Sachs, where his activities were concentrated on investing in and advising companies in the healthcare industry, particularly life sciences. Mr. Shah has also held roles in market development and business development at Genentech. In addition to his full-time roles, he has served as an advisor and consultant to multiple private and public companies.

Mr. Shah holds a B.A. in Economics, M.A. in International Policy Studies and MBA, all from Stanford University.