Chairman of the Board
BIO 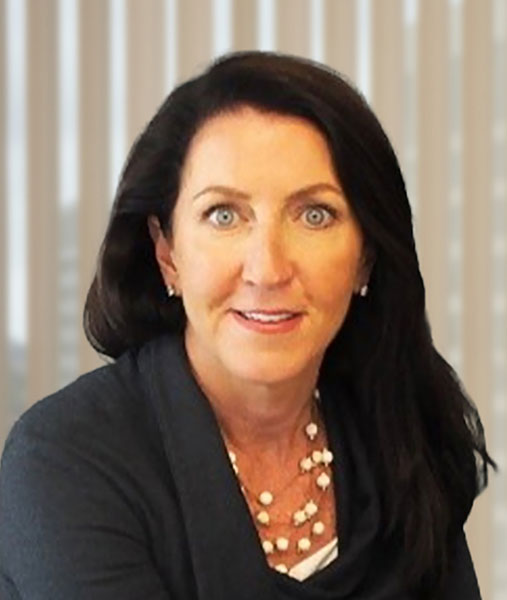 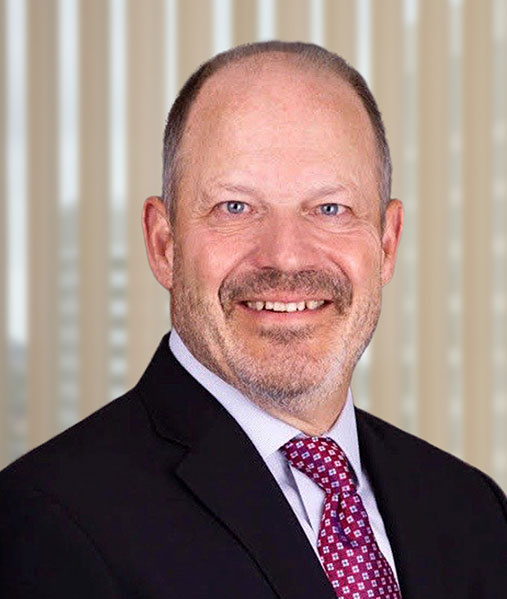 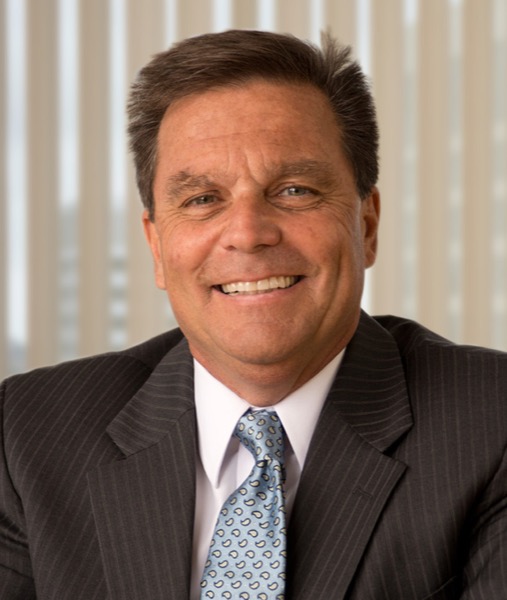 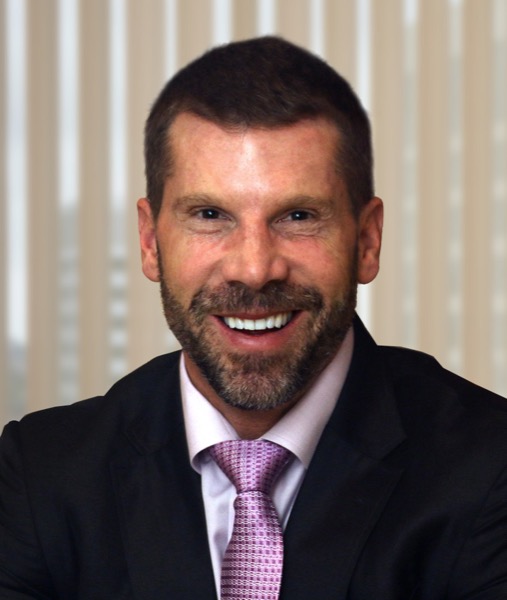 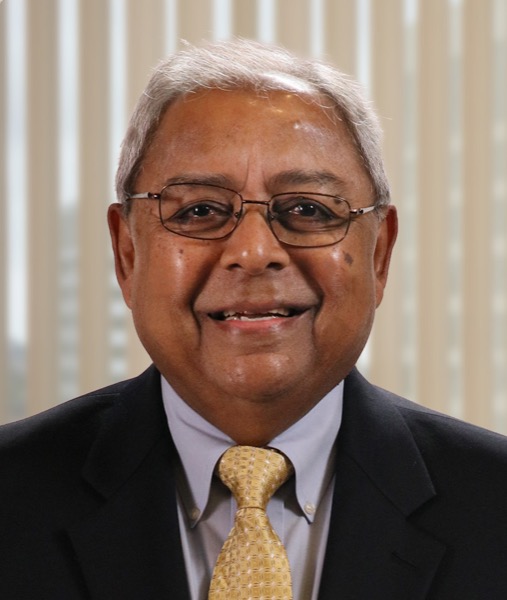 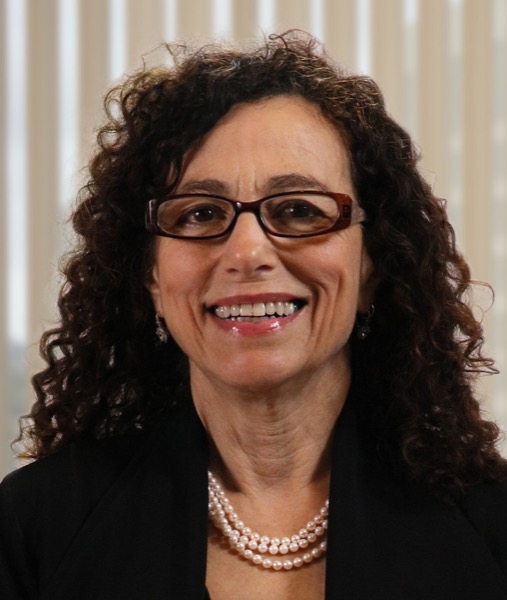 William L. Ashton
Chairman of the Board

William Ashton is a former Fortune 100 senior executive with over 40 years’ experience in the biotechnology and pharmaceutical business. Mr. Ashton has retired from an extensive career at Amgen Inc. While with Amgen he served in various positions including Vice President of U.S. Sales for Amgen. He also served as Vice President/General Manager of the Corporate Accounts, Business Unit. This unit has responsibility for the sales and marketing to Amgen's largest customer base including health systems, managed care organizations, commercial and government payers, distribution channels, GPO’s and the corporate pricing group.

Since the beginning of 2013, Mr. Ashton has been a principal at Harrison Consulting Group, LLC, a privately held biopharmaceutical consulting firm with expertise in commercialization, payer strategy, and reimbursement.

Mr. Fischer currently serves as a member of the Board of Directors of Marinus Pharmaceuticals, Inc. (MRNS), Agile Therapeutics, Inc. (AGRX), and is also an advisor to MedHab, LLC. Previously, Mr. Fischer served as the Chief Executive Officer and as a Director of Vivus, Inc., a publicly traded biopharmaceutical company commercializing and developing innovative, next-generation therapies to address unmet needs in obesity, diabetes, sleep apnea and sexual health from September 2013 to December 2017.

Prior to Vivus, Mr. Fischer served in various positions of increasing responsibility at Johnson & Johnson, most recently as company Group Chairman, Johnson & Johnson and Worldwide Franchise Chairman of Cordis Corporation. Prior to that, he served as company Group Chairman, North America Pharmaceuticals, which included responsibilities for Ortho-McNeil Pharmaceuticals, Janssen and Scios. Prior to that, Mr. Fischer served as President of Ortho-McNeil Pharmaceuticals. Mr. Fischer’s operating responsibilities encompassed the commercialization of products in multiple therapeutic categories including neurologic products for epilepsy and migraines and products in the analgesic, anti-infective, cardiovascular, psychiatric and women’s health areas. From May 2013 to May 2019, Mr. Fischer also served on the Board of Directors of BioSig Technologies, Inc.

Mr. Fischer brings to the Board over 37 years of experience in the pharmaceutical industry, including 29 years in various leadership roles at Johnson & Johnson.

Ms. Brennan has extensive financial experience of more than 20 years, and she has held leadership roles across the healthcare and banking industries for both private and public global companies.

Mr. Turgeon brings more than 30 years of experience in the pharmaceutical industry, including various executive leadership roles at Amgen Inc. He had recently served as Spectrum’s President and Chief Operating Officer from April 2014 to December 2017, and had previously served as the Company’s Senior Vice President and Chief Commercial Officer from October 2012 to April 2014. Prior to joining Spectrum, Mr. Turgeon spent 22 years at Amgen Inc. as Vice President of Sales. At Amgen he built and led the sales organization across multiple areas, including oncology, inflammation and bone health. Mr. Turgeon was responsible for launching most of the drugs and their dramatic growth at Amgen. He brings depth of experience in the oncology marketplace.

Mr. Turgeon holds a B.S. from Jacksonville University where he studied microbiology and economics.

Jeffrey Vacirca, MD, FACP is a board certified hematologist and oncologist at New York Cancer & Blood Specialists, where he serves as CEO and managing partner. His specialties include breast cancer, prostate cancer, and complicated cancers.

Currently, Dr. Vacirca is the president of the Community Oncology Alliance (COA), medical director for Amerisource Bergen specialty group, a Scientific Advisory Board Member for Caris Life Sciences, president and co-founder of National Translational Research Group, and serves as a medical board advisor for Flatiron Health.

Additionally, he is the vice-chairmen of the board for Odonate Therapeutics, a company dedicated to the development of best-in-class therapeutics that improve and extend the lives of patients with cancer. Furthermore, he has joined the Board of Directors for One Oncology, an oncologist-led company providing oncologists with innovative tools to help keep cancer care in the hands of the providers.

Dr. Vacirca received his undergraduate degree from the University at Albany and his medical degree from St. George’s University School of Medicine. He completed his residency in internal medicine along with his fellowships in hematology and medical oncology at Stony Brook University Hospital. In his final year of training, he was named chief fellow.

Dr. Vyas has 31 years' tenure in oncology drug discovery research at Bristol-Myers Squibb Company ("BMS"), a NYSE-listed pharmaceutical company, most recently as a Group Director and Distinguished Research Fellow. In 1980, he joined BMS in the Antitumor Chemistry department and was involved in National Cancer Institute/National Institute of Health funded collaborative research efforts on discovery of novelv natural product based cytotoxics to treat human neoplasms (tumors).

In 1984, he was promoted to Research Fellow and in subsequent years he held positions as an Associate Director, Director and Group Director, which culminated in 1999 in his last promotion at BMS as a Distinguished Research Fellow (Executive Level) in Oncology Discovery Chemistry at the Wallingford, Connecticut site. Dr. Vyas is considered one of the pioneers of the BMS oncology medicinal chemistry discovery efforts based on natural products derived cytotoxics. During this period he was also involved in BMS's pioneering research on antibody drug conjugate ("ADC") technology to target cytotoxics selectively to tumors. This technology in recent years has yielded valuable new biologics for treating a variety of cancers.

In the last 15 years of his oncology research career at BMS, he was involved in discovery and development of personalized medicine research involving small molecule molecular targeted oncology therapeutics (e.g. kinase inhibitors). During his tenure at BMS in oncology drug discovery, he has participated in the discovery and development of 12 small molecules and one biologic (ADC) as clinical development candidates with one US Food and Drug Administration approved NDA.

He has authored/co-authored over 110 publications and written numerous book chapters and review articles. He is also an inventor/co-inventor on more than 40 patents. He has been a plenary and invited speaker at conferences and at academic institutions in the US and abroad. In 1994 he was a co-organizer of American Chemical Society (ACS) Medicinal Chemistry Symposium on "Advances in Medicinal Chemistry of Taxol and Taxoids" at the 207th ACS National Meeting in San Diego, California. He is an elected member of the Connecticut Academy of Sciences and Engineering ("CASE") and is also on the editorial board of Medicinal Research Reviews. He has participated in National Institute of Health and CASE study sections to review small business industry research proposals and biomedical research proposals for funding in Connecticut, respectively.

Dr. Vyas retired from BMS in 2011 and has subsequently formed a research and development consulting company, Dinesh Vyas, LLC. Currently, he is consulting for two India-based pharmaceutical companies.

Dr. Vyas received a B.Sc. with honors degree in Chemistry/Geology from University College Nairobi (Kenya), University of East Africa in 1967 and a Ph.D. degree in Organic Chemistry from Queens University, Kingston, Canada in 1972.

Dr. Welles has both investing experience and extensive experience building and leading development organizations, expanding company pipelines of assets, and overseeing the commercial development of innovative therapeutic products across a range of areas. Dr. Welles started her career at Genentech, where she spent nearly a decade, initially as a Clinical Scientist, then as Director and Senior Director of the Specialty Therapeutics Unit and ultimately as Vice President of Product Development. Following that she joined MPM Capital as a Venture Partner. After her time with MPM, Dr. Welles held several operating roles in San Francisco Bay Area start-ups as well as consulting for various life science companies and venture capitalists. Currently, Dr. Welles is a found partner and Managing Director with IPF Partners, an alternative financing provider focused on the healthcare sector.

Dr. Welles has a B.A. in Music from Brandeis University, an M.S. in Urban and Environmental Policy from Tufts University, an M.D. from Albany Medical College, and an M.B.A. from The Wharton School of Business, University of Pennsylvania. She has Medical Licensure, State of California, Diplomate, American Board of Internal Medicine and Diplomate, Endocrinology and Metabolism.